1939 - With moral support by the city but without its financial aid, a group of local aviators began the job of restoration of airplane landing facilities on the Martinez Waterfront. Charles Beatie of Pleasant Hill and Sam Calicura Jr. of Martinez, owners of planes housed elsewhere because of lack of hangar facilities in Martinez, began dragging a runway on filled land belonging to the city. Meetings with the Waterfront Commissioner C.A Ricks, and the city council offered their "good offices" with P.G & E and the Shell Oil Company for accommodations that the airstrip might need.
1940 - Mr. Beatie and Mr. Calicura had leased a hanger off the San Francisco World Fair grounds, and needed to get it off the island as soon as possible - After a meeting with the newly elected major of Martinez, C.A Ricks, Sam Calicura and Charles Beatie received 'exclusive rights' to operate a commercial airport at the waterfront. 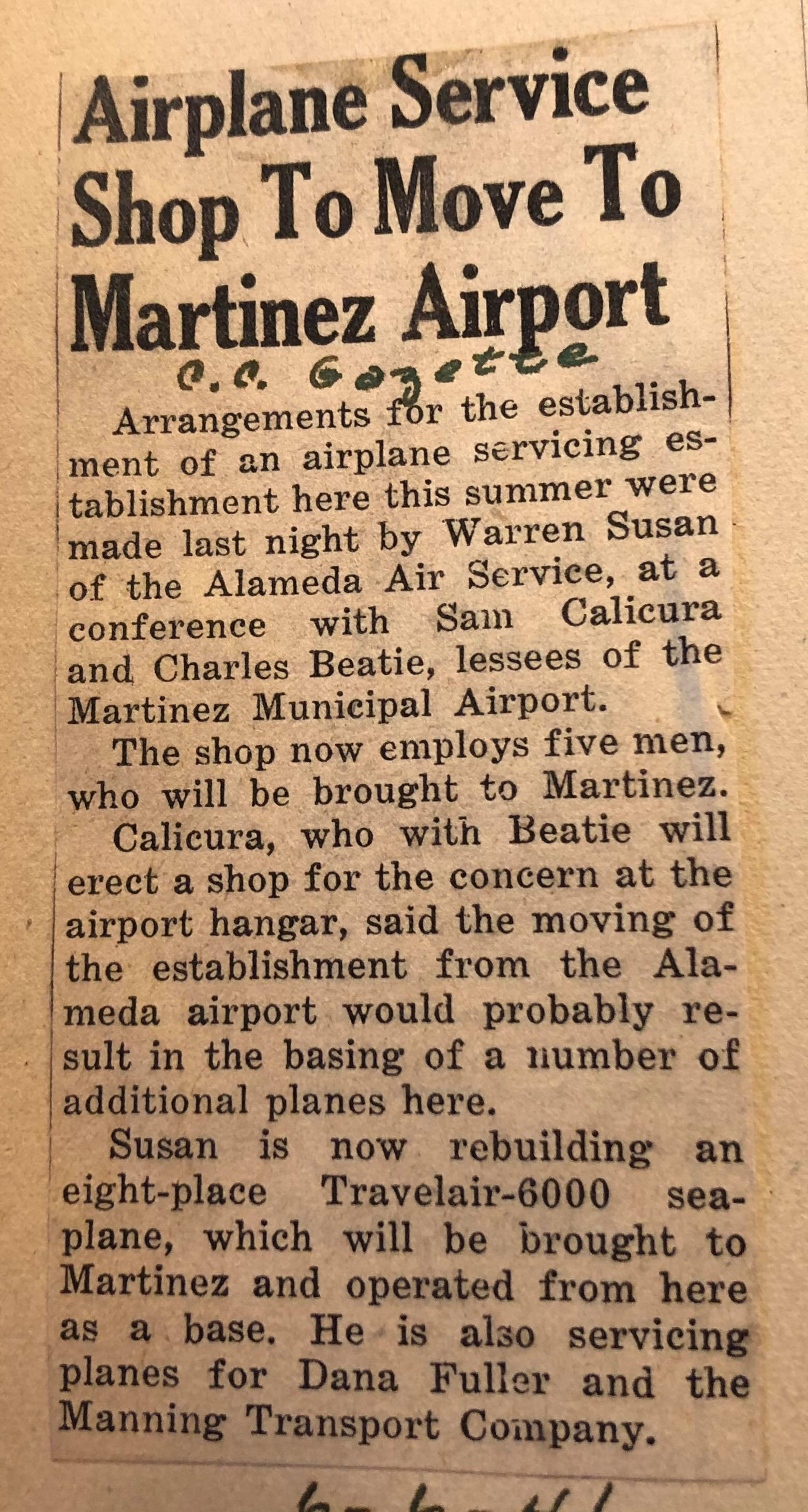 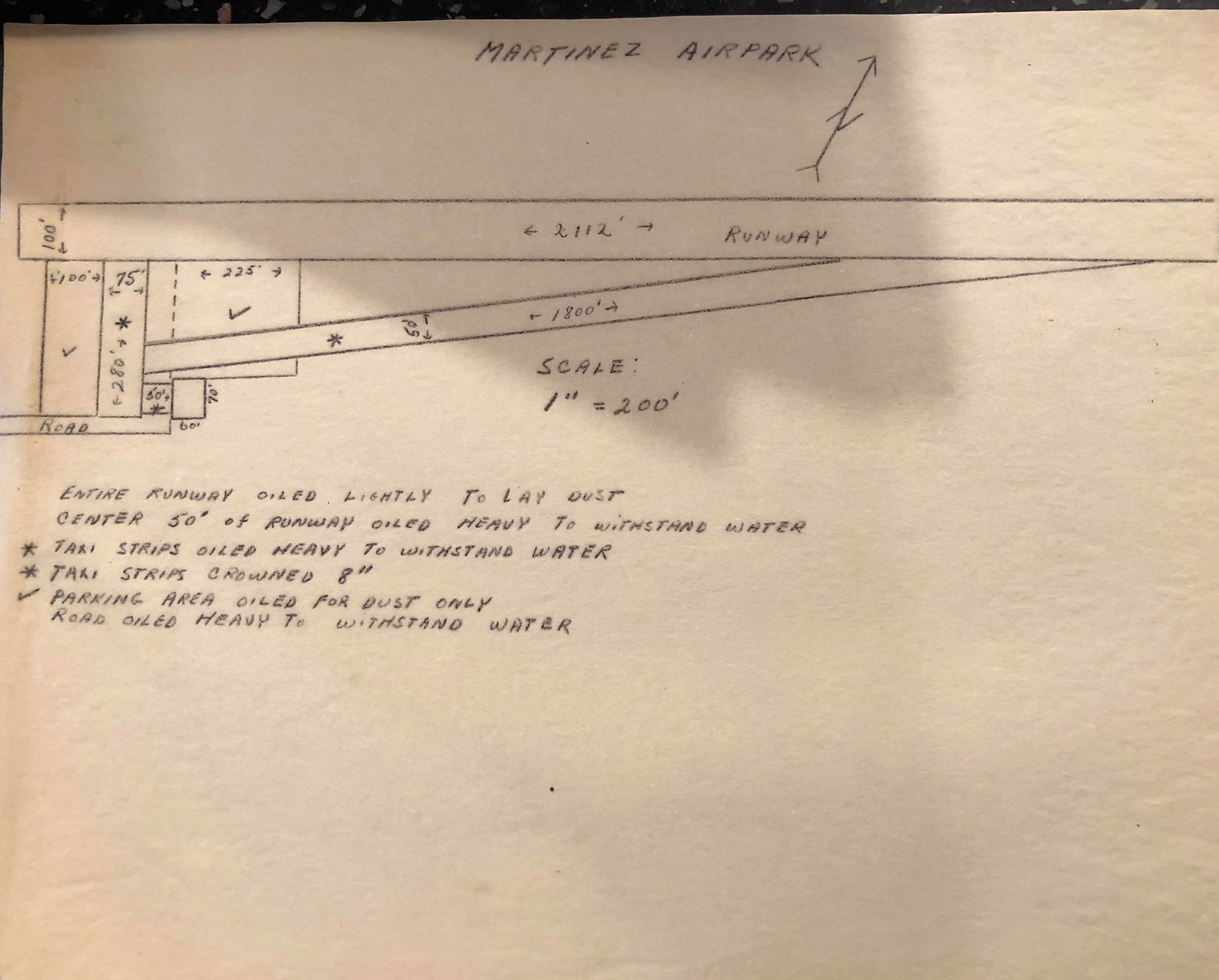 Blueprints of the Air Strip. 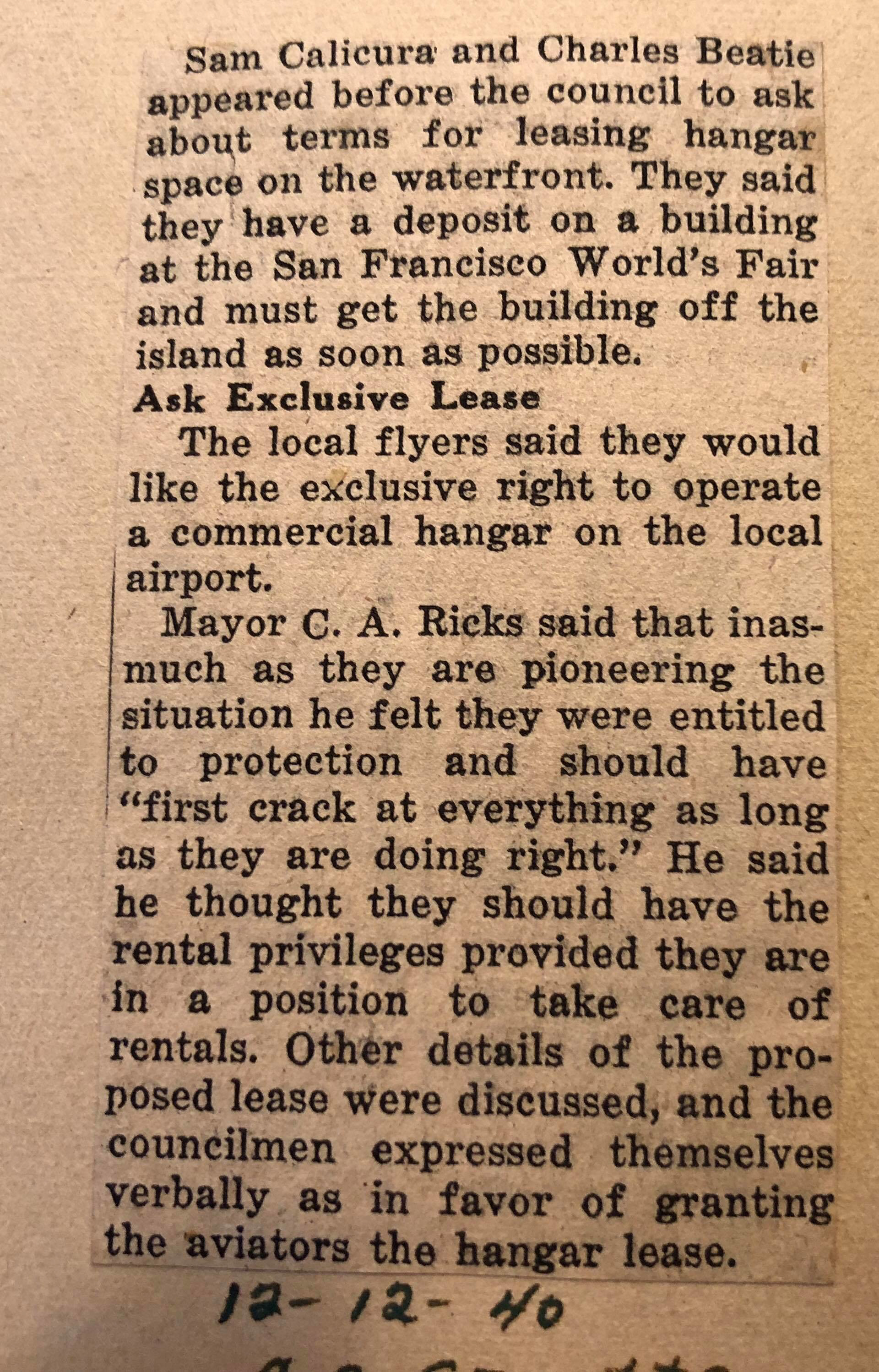 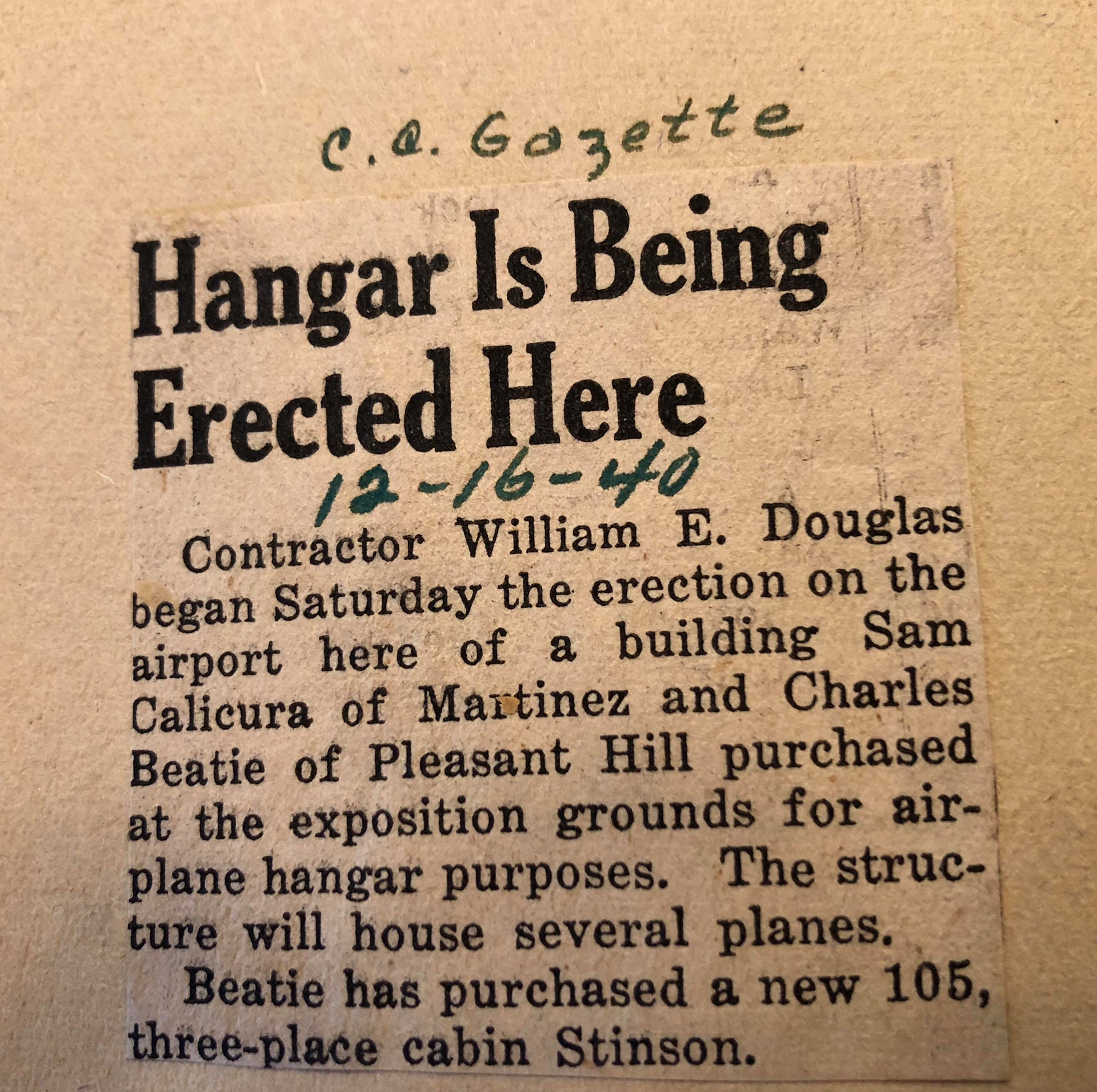 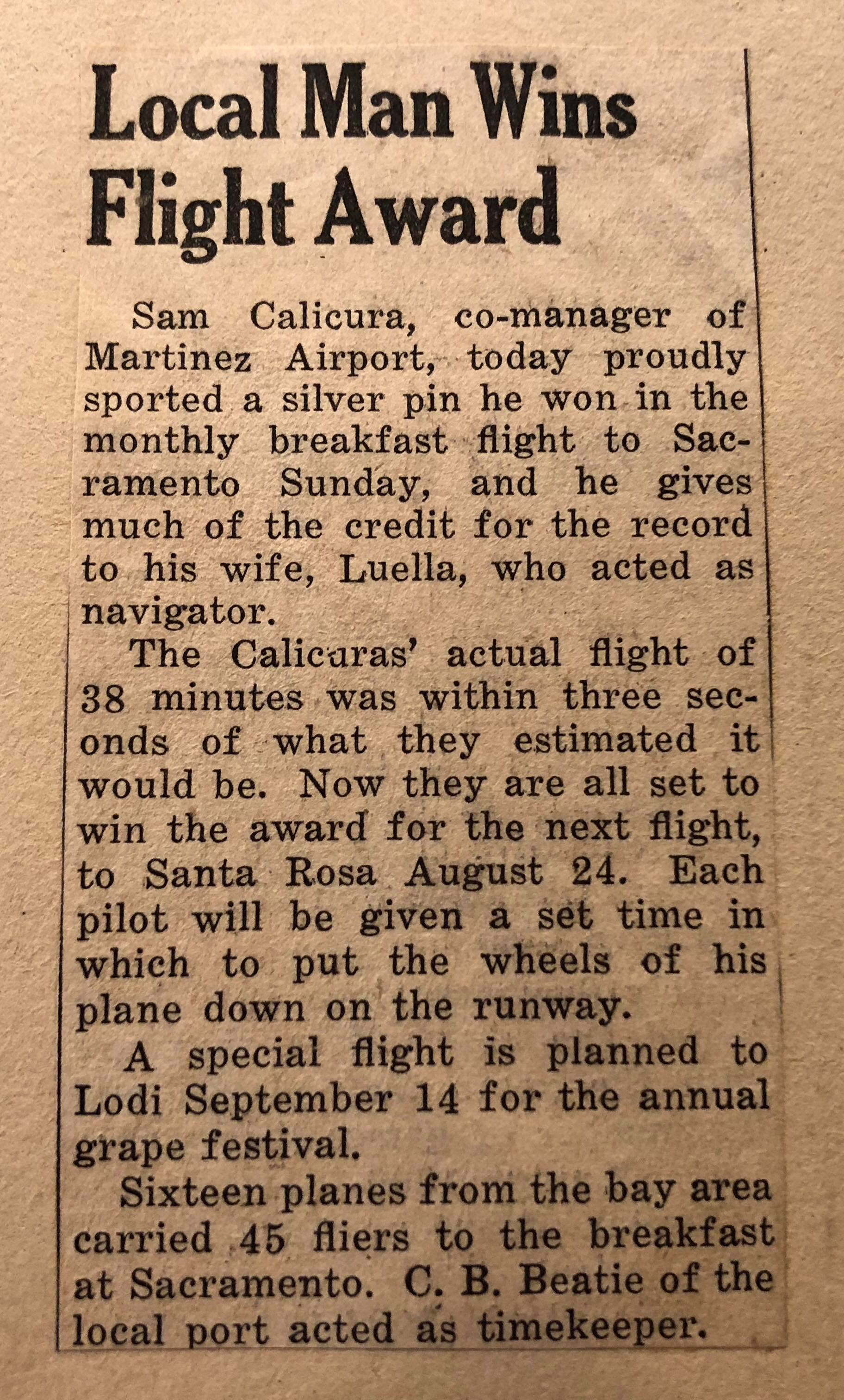 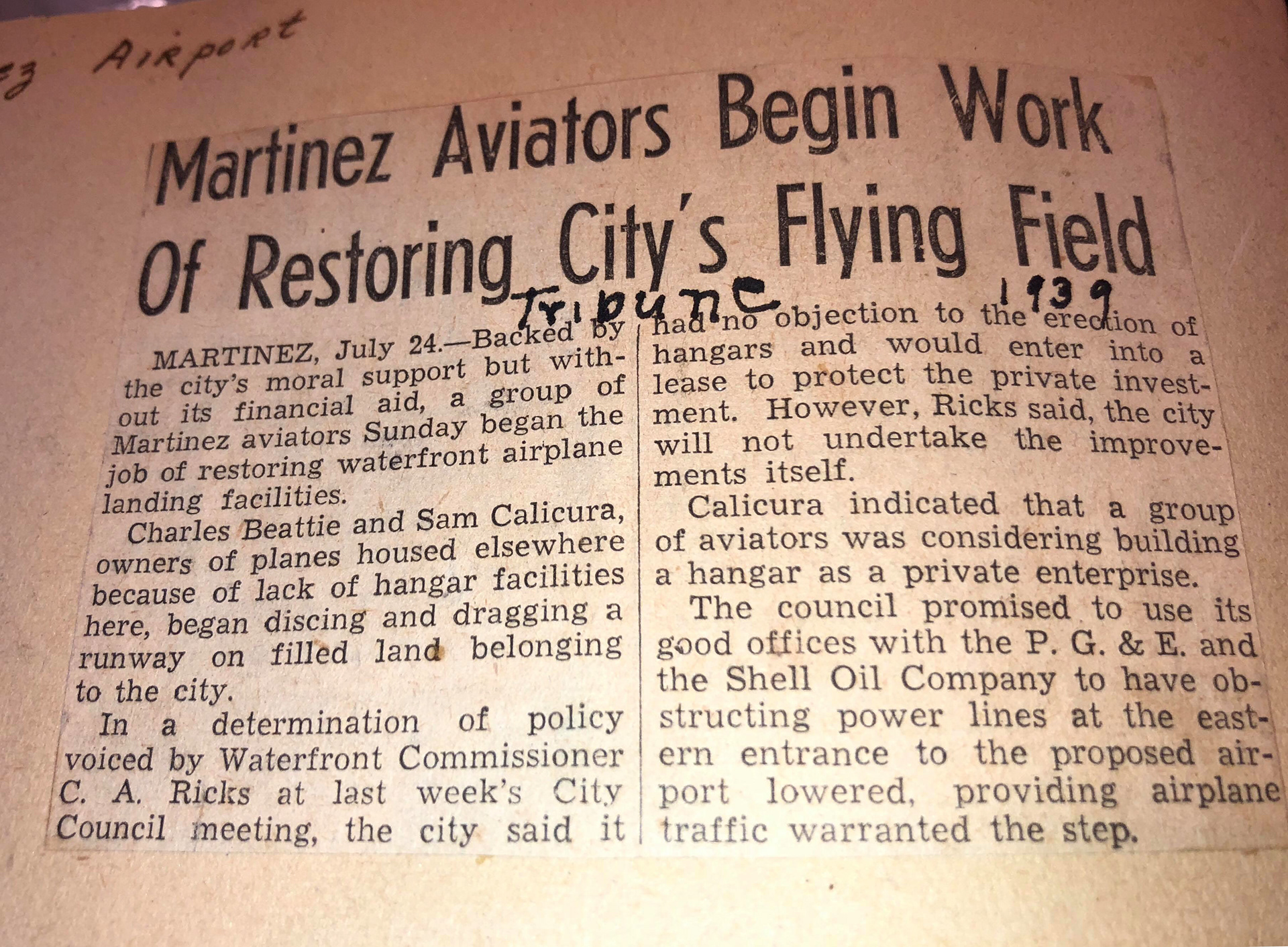 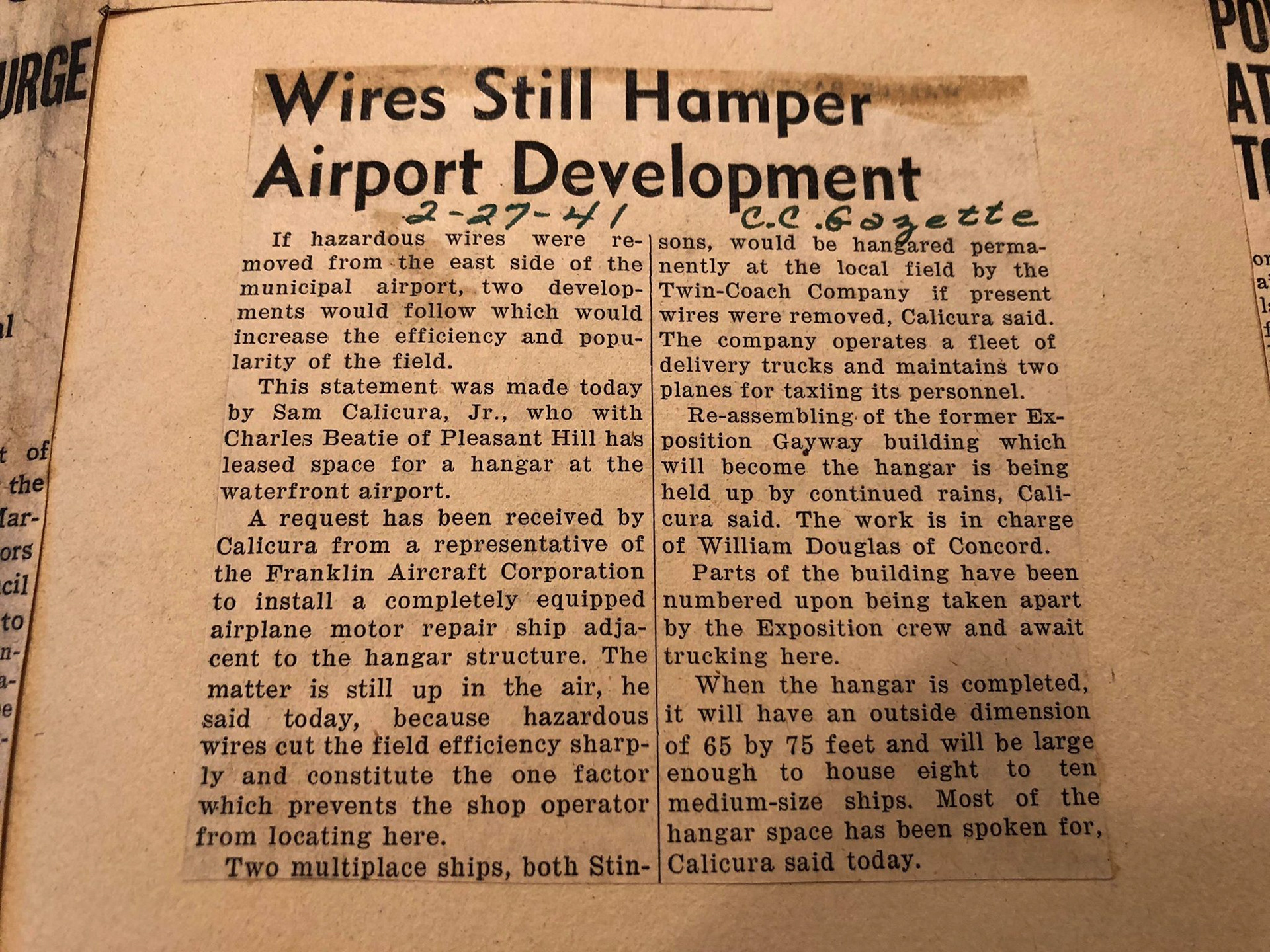 Early 1941 - William Douglas of Concord was commissioned for the airports construction, but wires around the area of the air port hampered the development and deemed too dangerous for aircraft with the addition of the hanger. After delays due to rainy conditions, the old Exposition Gayway building--which was leased for use as the hanger, was transported in pieces by truck via the Twin-Coach company.

Co- Founder and Vice President of the Martinez Air Port, Sam Calicura Jr. teaches two of his younger brothers, Dominic and Frank how to fly at the small Martinez Air Strip. Both his brothers enlisted in the Army Air Corps and became Pilots that carried their service throughout the War.

Wartime Short Snorter Dollar Bill with autographs of men and woman that had involvement at the Martinez Airport, including the two men enlisted in the A.A.F, Frank Calicura and Dominic Calicura.

composite photo of a current 3D google earth image, and a 1941 aerial photo over the airport.